Capturing the Spirit of Place

Journalist, Feet Banks writes: "The original plans for the Whistler Village were laid out in a standard North American grid design...", however, in 1978, American Landscape Architect, Eldon Beck was invited to walk the land. He took in the views and returned a plan that captured “the spirit of place.”“Always the question is: Is it possible to take a beautiful natural site and rearrange it with a lot of structures but still keep the sense that it’s the place that it should be?” (Eldon Beck, Pique Newsmagazine in 2005)According to Banks, "Beck presented a plan that emphasized the natural sightlines and path of sunlight across the space. His vision was to create a “Village in the Forest” built to showcase the surrounding mountains, nature and sense of discovery.

There are no right angles in Beck’s original design. Whistler Village is meant to encourage meandering, exploration and surprise.

Some liken the design to a twisting, flowing stream with various eddies and pools you can escape into for a moment or an hour...”Beck was intent on nestling the taller and more substantial buildings into the base of the mountain and stepping the size down, the further away you got. His aim was to limit the shadows cast on the village.Maintaining sunlight, views and a profoundly natural (wholly pedestrian) setting were the driving forces that created Whistler’s ‘Village Stroll’. For me, this is one of Urban Design’s most successful expressions of ‘Spirit of Place’.With thanks to Mr Feet Banks whose original blog can be found at: https://lnkd.in/gVb6mPJq
#urbandesign #landscapearchitect #architect #tourismwhistler #whistler#villagelife
Posted by Andrew Scott Projects contact +1 (604) 655 8122 at 18:36

The Net of the Crescent Moon 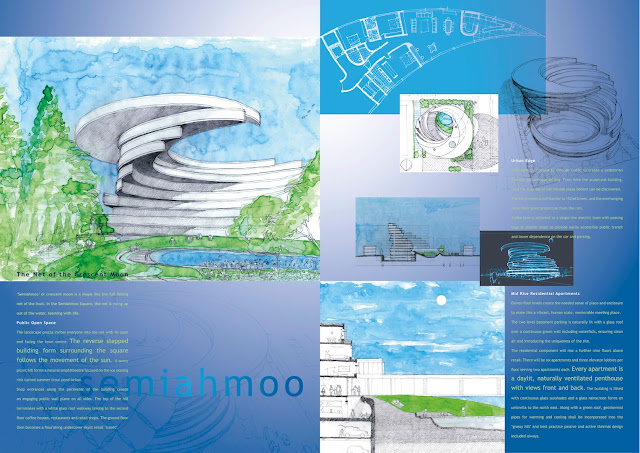